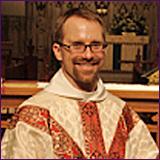 Melania Fontanez works for Hudson River Health Care managing the care of patients with diabetes and other co-morbidities in
Poughkeepsie, Beacon and Peekskill. She has a Bachelor Of Science degree from SUNY Downstate, a Sociology degree from Nassau Community College, a GCN Certification from Johns Hopkins University and a CDE from American Association Of Diabetes Educators. She has worked as a Registered Nurse for 35 years in Hospitals, Licensed Home Care agencies, Public health and most recently for Hudson River Health Care where she has worked as a Clinical Nurse Manager. For the last three years she has worked as a CDE managing the care of high risk persons with diabetes. She is an active member of St. George's Episcopal Church in Newburgh where she sits on the Girl Power Board and The Cemetery Committee. Melania has a passion for the her job where she helps patients with uncontrolled diabetes to effectively manage their diabetes and prevent complications. Her passion extends to her community where she hopes to make a difference in the lives of vulnerable communities by serving as a role model and change maker.  Melania lives in Newburgh with her husband of 35 years and their two dogs Maggie and Lulu. 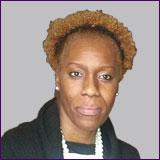 Annette Marzan is the Outreach Coordinator and Bilingual Health Educator for Planned Parenthood Mid-Hudson Valley where she has been employed for 20 years. Annette began her work with Planned Parenthood as a Bilingual Case Aide working with Pregnant and Parenting teenage moms in Orange County. She attended SUNY Empire where she received a BS in Human Services Administration and was promoted to her current position. Annette served as the Chairman of the Board for the Newburgh Girl Power Program from 2010 through 2015 at St. George’s Episcopal Church in Newburgh. Annette is also a member of several coalitions throughout the Mid-Hudson Valley area where she advocates for the Latino Community and oversees the Poughkeepsie Healthy Latino Task Force which was formed through a Diversity Initiative by Planned Parenthood Mid-Hudson Valley in May 2014.

Lucille is a Newburgh native and graduated from SUNY New Paltz with a Bachelor’s degree in Sociology and Journalism. She is a certified paralegal and worked professionally in both private and corporate sectors for 10 years. Today she is the Civil Court and Enhanced Multi-Disciplinary Team (E-MDT) Coordinator at the Mediation Center of Dutchess County and is pursuing a Masters in Public Administration at Marist College. She is also a New York State Licensed Real Estate Agent and Notary Public. Lucille has a passion for supporting work that empowers women and joined the Board of Newburgh Girl Power without hesitation because of the meaningful and impactful programming that it provides.

our board of directors 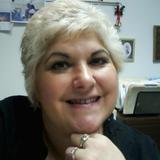 our partners and supporters

Fr. Dustin has served as Rector of St. George's Church since 2012. Prior to accepting a call to Newburgh, he worked with bilingual Episcopal churches in New York City, White Plains, and Wilmington, Delaware. Fr. Dustin received his Master of Divinity degree from The General Theological Seminary in New York, and holds master's degrees in Public Administration and in Central Eurasian Studies from Indiana University and a Bachelor of Arts degree in English from Yale University. Prior to his current clerical vocation, Fr. Dustin taught English as a University Instructor in Istanbul, Turkey, and as a Peace Corps volunteer in Kazakhstan. 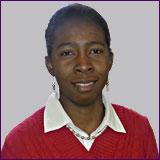 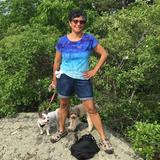 Newburgh Girl Power, a Mission of St. George’s Episcopal Church launched in the fall of 2012, an “outgrowth” of the Open Space program for teen mothers that operated from 1999 through the summer of 2012. The new program sought to empower girls at a young age to make choices for themselves and seek out opportunities for self-fulfillment, set and achieve goals, all in an atmosphere of mutual support among peers and under the guidance of trained professionals. Beginning with a group of 12 girls ages 9-12, the program has expanded over the years to reach over 30 participants in two age groups.

Keffion Mensah has been a resident of Newburgh since 2003 and a Girl Power Board member since 2011. She has worked in Finance, Technology and Business Administration for 13+ years and has recently entered the healthcare industry. She holds Bachelor degrees in Management Information Systems and Nursing and a Masters in Nursing. Keffion is an active volunteer in Newburgh who stresses the importance of providing a solid foundation for its youth.

Lana Williams-Scott from St. George’s, Grenada has been a Board member since 2010 and has been involved in many youth empowerment programs such as the Girl Guides and the St. George’s Anglican Youth Movement. Upon migrating to the US she obtained a Bachelors degree in Business Administration from SUNY New Paltz. Currently she is an Outreach Coordinator for Planned Parenthood Mid-Hudson Valley. She also serves as Program Director for Voices of Hope Children’s Choir and serving on the board of the St. George’s Episcopal Vestry. She resides in Marlboro with her Husband Andre and sons Chandler and Christian. 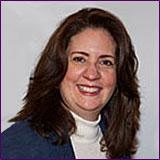